“Spark joy!” A well-known phrase from the massively popular Marie Kondo, who specializes in tidying up and organizing. Her philosophy rests on the idea that everything must spark joy - otherwise, it is time to let it go. But it is also the inspiration for our new UI project named after the expert herself. In this blog post, we will dive into the project, describe what has been the thoughts leading to it, and what the project includes. 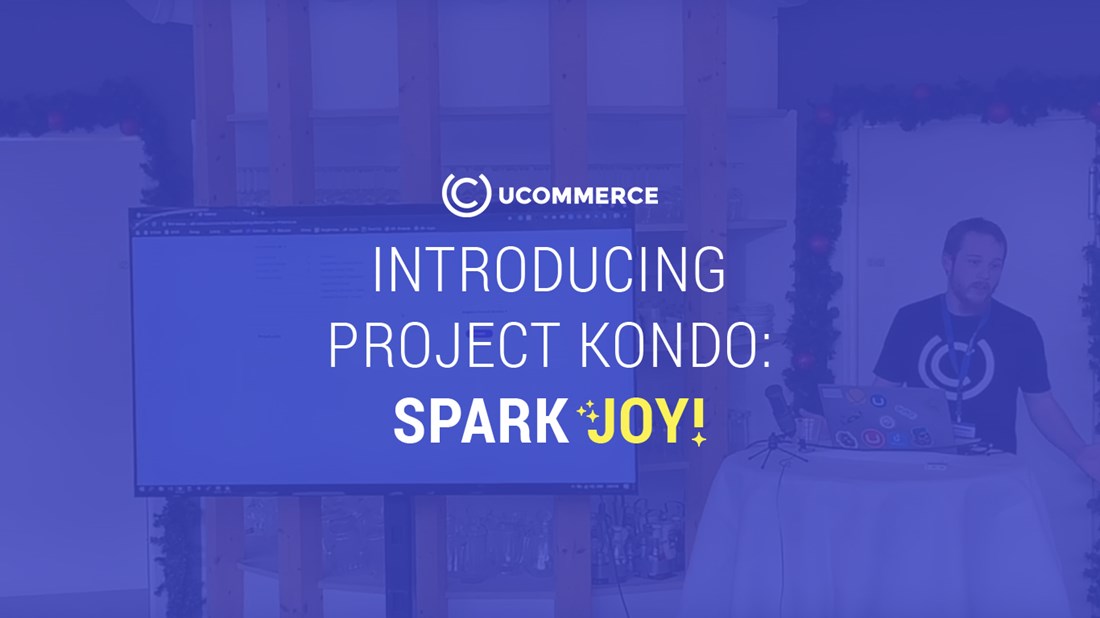 At the Partner Summit two weeks ago, we revealed a project that we have been working on for a long time now, namely Project Kondo. Søren Spelling introduced Ucommerce vNext - a decision and strategy of going back and focus on the core. Rather than expanding, the focus will be on improving the core platform going forward. Project Kondo, together with Project Bolt (a blog post will follow), has an essential role in this strategy. But what does it entail? David Kelemen, Senior Software Developer and Scrum Master at Ucommerce, delivered an awesome presentation of the project at the Partner Summit. Watch the video below if you missed out.

Project Kondo is not entirely new. It has been a long and winding journey to where we are today. Back in 2017, Project Lux was initiated. A project that was set out to create a new and more user-friendly UI. However, due to allocated resources and time constraints, the project was never finished - but it was not wasted either! A new dedicated team has been formed and they have taken the learnings and experiences from Project Lux and been able to bring it into Project Kondo. Today, a team of 8, both frontend, backend, UX, and UI, are dedicating their time to set sail towards a new UI. Though, as the headline implies - Kondo is more than UI. We are replacing all of our administration UI bit by bit, starting with PIM. The new UI is created with user-experience and a user-centric model as a pivotal point. The goal is to create better and simpler workflows - to simply make it natural to work with Ucommerce. As you may have noticed, we have already sneaked in the new Catalogs application (BETA version), which is an example of a simpler and more focused workflow. Jacob, our UX Strategist, is naturally a part of the Kondo team to ensure the best user experience possible based on the research he has done and the feedback collected from partners and end-users.

However, it is not all about frontend - the backend is also crucial in Kondo. Improving performance is imperative to create better workflows. The goal is to make Ucommerce able to handle more complexity. In addition to benefits from the modern framework (Vue.js), like asynchronous loading of data, we are tackling a variety of standard concepts. These standard concepts are, among others: simple things like paginated results (to make sure we do not load hundreds of thousands of records at the same time), optimizing existing and new backend components, and continuous testing with large quantities of data.

To sum it up, Project Kondo has four main design principles:

For Project Kondo, the dev-team is using Vue.js, a frontend Javascript framework, to build the new UI. The choice of framework is very different from Project Lux (Angular framework). Vue.js allows the team to not only create a complex application that meets all the goals we set out to accomplish, but also be able to work in quick iterations, collecting and acting on feedback from our users. Furthermore, we can help foster the VueJS community and the use of the framework in Aarhus. Another change to the way we approach this UI project is that we now build straight into the core platform rather than doing it separately. This approach allows us to reduce the risk of not being able to ship the products and deliver new UIs and further underlines this project’s role in the strategy of improving the core platform.

What is Next Up?

Team Kondo has a whole line of awesome things planned out for the following months. Currently, the team is working on making the Catalog Foundation complete. As mentioned before, the Catalogs app is available on the platform; however, as it is a BETA version, it is subject to changes. After Catalog follows the Product application which entails the management of products, their variants, their relations to categories, and their relationships to other products. 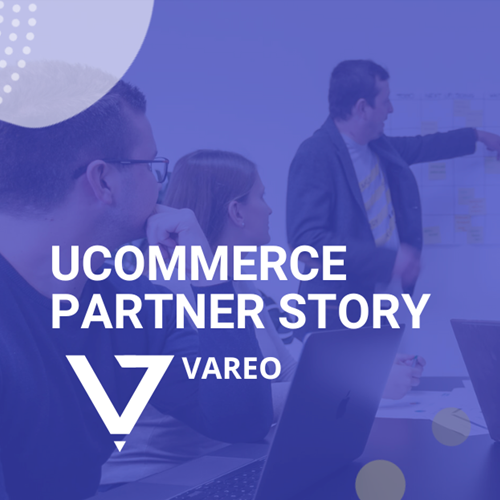 02 August 2022
When the tech jungle is hard to navigate, a guide to knowing which way to go is essential. With +15 years of experience, Ucommerce Silver Partner Vareo uses its consultancy expertise to choose the right marketing approach and technology suited for its client's specific situations and goals. Read how Vareo helped Tom Tailor create a digital presence during the pandemic. 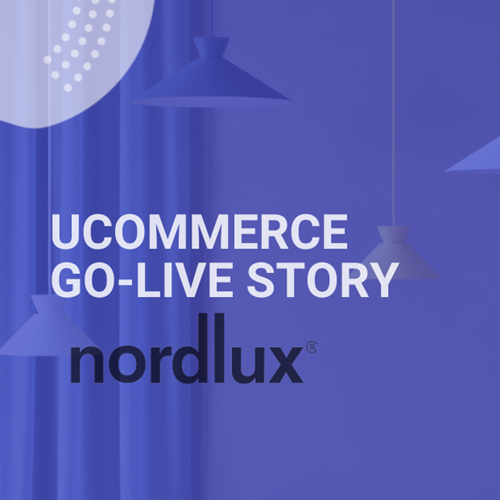 14 July 2022
Lighting is one of the key elements in creating a visually cosy environment. That’s where Nordlux – a Danish lighting producer comes in: To help people create homey spaces. In 2021, Immeo implemented a PIM & PLM system for Nordlux, and here in 2022 Immeo recommended Ucommerce to drive the B2B shop frontend on top of the previous implementation. Nordlux’s solution shows Ucommerce’s framework-first concept in action. Immeo has chosen to implement the frontend of Ucommerce. This means that building with Ucommerce is like playing with LEGO: Pick needed parts, put them together, and adjust or change them completely. 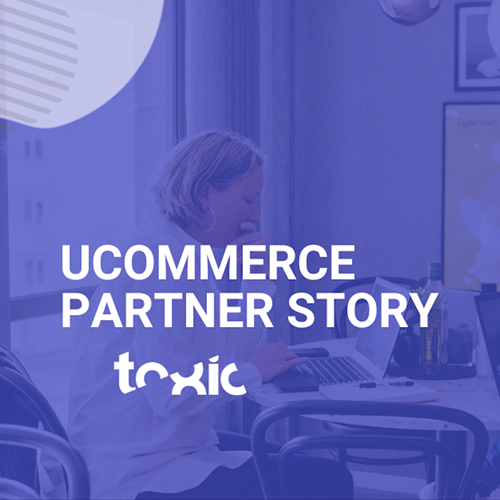 27 June 2022
Toxic has grown from a one-person army and now counts over 20 years of experience building innovative & creative digital customer experiences and technology while challenging the industry with its ability to innovate and outrun even its own creativity continuously - That’s Toxic. The ambitious team behind the ambiguous name is always ready to create extraordinary digital experiences, and since being deeply invested in Umbraco, it was a natural decision to Partner up with Ucommerce.
Show more